Fighting for Upper West Side Schools

By Dan Rosenblum
Even though Noah Gotbaum came from a family of teachers, labor leaders and political figures, he never thought he’d be fighting so hard.

But Gotbaum, 52, is part of a rising cadre of parents objecting to mayoral control of the school system and what he calls top-down leadership by the Department of Education. Gotbaum has mobilized many parents who oppose funding cuts, overcrowded classrooms and the opening of an Upper West Side charter school.
“Did I foresee this?” he said. “No. But when I found out that parents and teachers in schools have no say, that just fires me. That outrages me.” 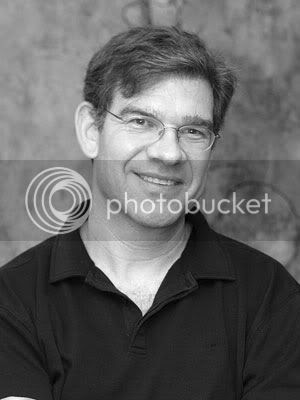 Noah Gotbaum, a widowed father of three, was until recently the president of the District 3 Community Education Council. andrew schwartz
His father, Victor Gotbaum, now retired, was the well-known leader of  the District Council 37 union and his mother, aunt and grandmother were teachers. Former Public Advocate Betsy Gotbaum is his stepmother.
“She’s an amazing person to talk to about these issues,” he said.
Growing up, Gotbaum went to public schools in Westchester County and spent time in the neighborhood. In the 1980s, Gotbaum helped found New York Cares, a citywide volunteer organization.
He then worked in real estate and moved into international finance. After graduate school, he worked in the U.K. and Germany, helping to integrate Eastern European economies. In 2003, he moved back to the United States. Now back on the Upper West Side, Gotbaum is firmly entrenched.
“I love this district,” he said. “I love this area. The Upper West Side is a phenomenally vibrant and engaged place.”
Four years ago, his wife died in police custody in a well-publicized incident in a Phoenix airport. After that, work took a backseat for Gotbaum and he began to spend much of his time with his three children.
“When my wife passed away, this community just enveloped me and my kids,” he said.
He brings his kids to rallies, just as his father did with him.
“We’ve had enormous benefits, and it’s important for us to give back and shout out when things aren’t right,” he said.
He said that, with his family background, it was only logical he would get involved in the education system. In 2009, Gotbaum ran for the District 3 Community Education Council and became its president. While hs is no longer president, he is the chair of a committee in charge of school overcrowding.
Wearing a yellow-and-black pin that reads, “We are the 99 percent,” Gotbaum said he sees parallels between the parent-led battles and the Occupy Wall Street protests downtown.
“Even though I spent the better part of 25 years working in business and finance, I know that without a strong healthy investment in our public schools, in our infrastructure, in our housing and our working class communities, we are not going anywhere,” he said.
Gotbaum sees some options for the future. Within the next few months, he’s hoping to launch a nonprofit to give parents resources to organize and learn about things like school budget literacy.
He’s also considering running for public office, and many think he will run for City Council.
“I’m an only parent with three kids,” he said. “I’m going to stay close to home, whatever I do.”
Even that, too, will change. Gotbaum was recently engaged to Lindsay Marx, who has two children. When they get married this spring, his family will expand from four to seven.
“She’s an Upper West Sider, too,” he said
Posted by ed notes online at Wednesday, October 26, 2011