Interesting piece on Kennedy with a lot of good links. 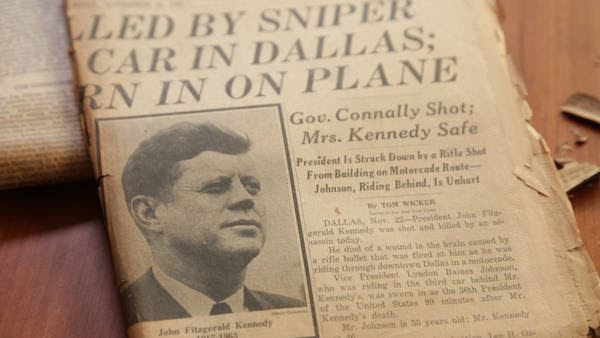 Abramson and Tanenhaus on J.F.K.: Jill Abramson, The Times’s executive editor, and Sam Tanenhaus discuss the many books devoted to John F. Kennedy, how his presidency changed the news media and the effect the assassination had on her.

As the 50th anniversary of his assassination nears, John F. Kennedy remains all but impossible to pin down. One reason is that his martyrdom — for a generation of Americans still the most traumatic public event of their lives, 9/11 notwithstanding — has obscured much about the man and his accomplishments. 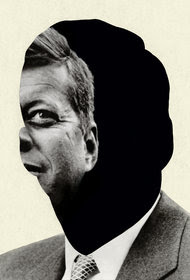 The Kennedys on vacation in Hyannis Port, Mass.
Enlarge This Image

Unknown to her, the clothes Mrs. Kennedy wore into the bright midday glare of Dallas lie in an attic not far from 3017 N Street. In Bethesda that night those closest to her had vowed that from the moment she shed them she should never see them again. She hasn’t. Yet they are still there, in one of two long brown paper cartons thrust between roof rafters. The first is marked “September 12, 1953,” the date of her marriage; it contains her wedding gown. The block-printed label on the other is “Worn by Jackie, November 22, 1963.” Inside, neatly arranged, are the pink wool suit, the black shift, the low-heeled shoes and, wrapped in a white towel, the stockings. Were the box to be opened by an intruder from some land so remote that the name, the date and photographs of the ensemble had not been published and republished until they had been graven upon his memory, he might conclude that these were merely stylish garments which had passed out of fashion and which, because they were associated with some pleasant occasion, had not been discarded.
If the trespasser looked closer, however, he would be momentarily baffled. The memento of a happy time would be cleaned before storing. Obviously this costume has not been. There are ugly splotches along the front and hem of the skirt. The handbag’s leather and the inside of each shoe are caked dark red. And the stockings are quite odd. Once the same substance streaked them in mad scribbly patterns, but time and the sheerness of the fabric have altered it. The rusty clots have flaked off; they lie in tiny brittle grains on the nap of the towel. Examining them closely, the intruder would see his error. This clothing, he would perceive, had not been kept out of sentiment. He would realize that it had been worn by a slender young woman who had met with some dreadful accident. He might ponder whether she had survived. He might even wonder who had been to blame.

Unfortunately, the tapes of Manchester’s two five-hour interviews with Jackie Kennedy, who seems to have regretted her frankness, remain under seal at the Kennedy Library until 2067. This is a final sadness for a reader sifting through these many books. Taken together, they tell us all too little about this president, now gone 50 years, who remains as elusive in death as he was in life.


Jill Abramson is the executive editor of The Times.

A version of this article appears in print on October 27, 2013, on page BR1 of the Sunday Book Review with the headline: The Elusive President.