Play
00:00 / 00:00
ListenAddDownloadEmbed
Stream m3u
In late June, Al Sharpton and four citywide candidates—Bill DeBlasio, John Liu, Scott Stringer and Letitia James—led a demonstration in Bill Thompson’s home territory, the Bed Stuy section of Brooklyn, where he lived all his life until 2004. They were protesting the mismanagement of Interfaith Medical Center, the last remaining hospital serving the neighborhood. Interfaith had filed for bankruptcy months earlier and was still run by managers from the company, Kurron Shares of America, that had led the death march.

Had Thompson come, he would have been protesting against his own one-time business associates.  In 2010 and 2011, as the hospital plunged toward bankruptcy, Thompson was serving as a paid member of the advisory board of a Kurron sister company, working intimately with the owner – a man named Corbett Price who’d been his friend since the 1990s and whose family, employees and firm have donated nearly $20,000 to Thompson campaigns, starting with his first race in 2001.
During that time, Kurron and Price have cut a trail of financial and medical mismanagement, run-ins with regulators and public controversies – not least repeated clashes with healthcare unions – up and down the Eastern Seaboard.
So Thompson’s paid ties to Kurron – during a period when he was planning a second run for the mayor’s office after his near-victory over Michael Bloomberg in 2009 – raise important questions about his attentiveness to detail, his judgment and his choice of associates.
Asked by WNYC on Thursday about his involvement with Price, Thompson said he had “nothing to do with Kurron, nothing to do with their business, nothing to do with their company, period.” He said that he served about six months on an advisory board for Price as he attempted to start up a private equity fund. As for the fate of Interfaith Medical Center, Thompson said he has been part of the fight to keep the hospital open. “I firmly believe that Interfaith needs to stay open, period,” he said. “It is important to that neighborhood.”

Price, right, would not directly answer questions about his arrangement with Thompson, but his explanation paralleled Thompson’s. “His work for Kurron Capital was to guide us on shifting to become a private equity firm. He wasn’t involved in the operations of the company on health care, consulting or restructuring,” Price said.  A Kurron intimate explained that Price’s general counsel, Pam Bradshaw, worked directly with Thompson, who functioned “more as a consultant,” advising Kurron on the “pursuit of private equity opportunities.” All the Kurron companies had a single shareholder, Price, and shared an office on Third Avenue.
As comptroller, Thompson was Wall Street’s conduit to the city’s $130 billion in pension funds, which the comptroller serves as investment advisor, custodian and trustee.  And his principal employer after he left office has been a public finance firm, Siebert Brandford & Shank, which paid him $680,000 last year. But he joined Kurron when it was a sinking ship.
Just how much Thompson has been paid by Kurron isn’t clear. The disclosure form he filed with the state as chair of the Battery Park City Authority says he was a paid member of the advisory board of Kurron Shares, a sister company to Kurron Capital, Interfaith’s management company, in 2010 and 2011. The state form doesn’t list his earnings, stating only that Kurron was a source of income over $1,000. Another disclosure form, which mayoral candidates filed with the city last week, contained no reference to Kurron, indicating Thompson’s advisory service ended in 2011.
The extent of the relationship would be more apparent if Thompson joined his fellow Democratic candidates for mayor by fulfilling a pledge to make public his tax returns. Early this year, he released his 2012 tax returns, but he has refused to release his 2010 and 2011 filings, which would list his Kurron earnings. He is the only Democratic candidate for mayor who’s only released a single year’s return, even while Scott Stringer is making repeated demands that fellow comptroller candidate Eliot Spitzer make five years’ returns public.
In 2012, Thompson appeared on NY1 and host Errol Louis, pointing out that all his opponents had already released their returns for years, asked why he was the only one who hadn’t. A smiling Thompson replied that he would “probably release all four years of them next year, in a campaign year,” rather than “deal with things one at a time.” Over a week of daily calls to Thompson's headquarters, press officer John Collins repeatedly promised them, at one point even describing how they could be viewed at the campaign office. In the end, the campaign never supplied them.
Ties to Kurron are hardly something the average office-seeker would brag about.
WNYC asked an intern new to New York to do a Google search of Kurron to see how quickly she hit negatives. It took a minute. In three minutes, she read an abstract that “criticized Kurron for reducing medical care” at Interfaith and “later earning a surplus of $8.6 million.”
Within 12 minutes, she reached the first Google result about Price’s anti-labor record – a story that led to a deluge going back to 1985, when he started in the healthcare management business with the Hospital Corporation of America, a national fixture in the field. His layoffs in Maryland of 650 workers at the Prince George’s Hospital Center, the county hospital, sparked the union animosity that rails him to this day. In 1989, he left HCA and won a personal contract to run the huge, publicly-owned and privately-managed Maryland facility, but was fired within months, collecting three years of full CEO pay. That’s when he created Kurron, incorporating it in Maryland in 1990.
He tried twice to return to Prince George’s—seeking to buy it in 2003 , and failing that seeking a big consulting contract then and again in 2007 and igniting controversy each time. When county officials withheld millions in subsidies in 2003 that were due the hospital unless they hired Price, the hospital management went to the state attorney general, who conducted a six-month probe of the politicians’ demands before concluding there was no crime. In 2007, when county officials repeated the same public demand for a Price contract in exchange for releasing committed millions of county aid, The Washington Post wondered why Price met such vocal opposition and answered its own question: “Why? Because he has several decades of history tangling with the hospital workers.” A top Maryland union leader, Quincey Gamble, branded him a “slash and burn” villain; the county executive said to favor Price is now in jail, convicted on unrelated corruption charges.
Price’s company and his son donated $9,900 to Thompson’s mayoral campaign in 2007, at the same moment that the Washington-Baltimore press corps covering his Prince George’s County machinations was reporting that Price had “left 1,200 pink slips in his wake,” “enraged union members,” and “hurt” patient care. 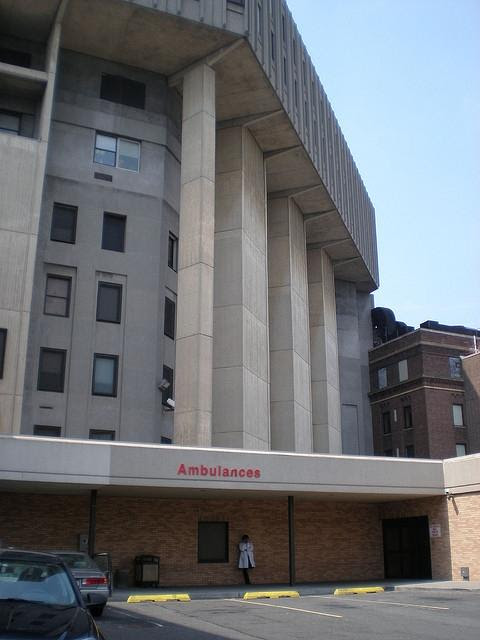