Why cheating scandals and parent rebellions are erupting in schools in New York, Washington, D.C., and Atlanta. 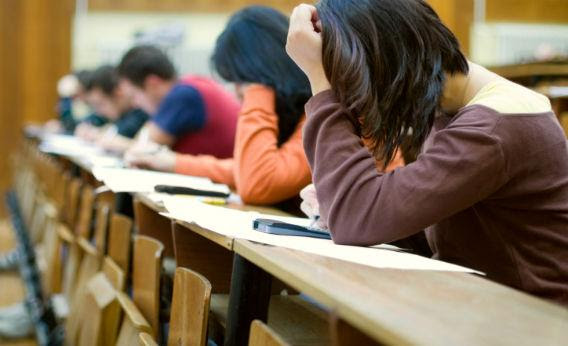 It’s a terrible time for advocates of market-driven reform in public education. For more than a decade, their strategy—which makes teachers’ careers turn on student gains in reading and math tests, and promotes competition through charter schools and vouchers—has been the dominant policy mantra. But now the cracks are showing. That’s a good thing because this isn’t a proven—or even a promising—way to make schools better.
Here’s a litany of recent setbacks: In the latest Los Angeles school board election, a candidate who dared to question the overreliance on test results in evaluating teachers and the unseemly rush to approve charter schools won despite $4 million amassed to defeat him, including $1 million from New York City Mayor Michael Bloomberg and $250,000 from Rupert Murdoch’s News Corp. Former Atlanta superintendent Beverly Hall, feted for boosting her students’ test scores at all costs, has been indicted in a massive cheating scandal. Michelle Rhee, the former Washington D.C. school chief who is the darling of the accountability crowd, faces accusations, based on a memo released by veteran PBS correspondent John Merrow, that she knew about, and did nothing to stop, widespread cheating. In a Washington Post op-ed, Bill Gates, who has spent hundreds of millions of dollars promoting high-stakes, test-driven teacher evaluation, did an about-face and urged a kinder, gentler approach that teachers could embrace. And parents in New York State staged a rebellion, telling their kids not to take a new and untested achievement exam.
More damningly, a new study, by the Economic Policy Institute’s Broader, Bolder Approach to Education, quantifies the negative effects of this test-driven education reform in Washington, D.C., New York City, and Chicago. In these cities, schools whose achievement scores didn’t improve quickly enough to satisfy top officials were shuttered, teachers and principals were fired in droves, and charter schools proliferated. The result, since the much-touted reforms were implemented: Since the supposed reforms, students in those cities have fared worse than those in other urban districts. The specifics:
Advertisement

<script type="text/javascript" src="http://adfarm.mediaplex.com/ad/!js/16161-179014-3722-10?mpt=431516085&mpvc=http://adclick.g.doubleclick.net/aclk%253Fsa%253DL%2526ai%253DBzYexAESKUZzyNo7c0AH3oIDIDtLBxN0DAAAAEAEgADgAWLqE3rNaYMnGqYvApNgPggEXY2EtcHViLTM2NzEzNDY1NTEyMjE1MDmyAQ13d3cuc2xhdGUuY29tugEJZ2ZwX2ltYWdlyAEJ2gGYAWh0dHA6Ly9zbGF0ZS5tc24uY29tL2FydGljbGVzL25ld3NfYW5kX3BvbGl0aWNzL3NjaWVuY2UvMjAxMy8wNS9jaGVhdGluZ19zY2FuZGFsc19hbmRfcGFyZW50X3JlYmVsbGlvbnNfaGlnaF9zdGFrZXNfc2Nob29sX3Rlc3RpbmdfaXNfZG9vbWVkLnNpbmdsZS5odG1smAKIcsACAuACAOoCGTcwMS9zbGF0ZS5zY2llbmNlL3NjaWVuY2X4AoHSHpAD4AOYA-ADqAMB4AQBoAYW%2526num%253D0%2526sig%253DAOD64_3tGBoov-xbh3xgY5fAqUgz1K2mMA%2526client%253Dca-pub-3671346551221509%2526adurl%253D"> </script> <noscript> <a href="http://adfarm.mediaplex.com/ad/nc/16161-179014-3722-10?mpt=[CACHEBUSTER]"> <img src="http://adfarm.mediaplex.com/ad/nb/16161-179014-3722-10?mpt=[CACHEBUSTER]" alt="Click Here" border="0"> </a> </noscript>
The report also points out that New York City Mayor Michael Bloomberg “claimed to have cut the race-based achievement gap by 50 percent from 2003 to 2011” but “in reality, the gap closed by 1 percent.” Similarly, the claims made by Michelle Rhee about D.C. and Obama Secretary of Education Arne Duncan about the school system he led in Chicago haven’t stood up under close scrutiny. Anyone who believes in quick fixes for the dilemmas of public education should take note. It’s the same lesson as l’affaire Bernie Madoff—if it sounds too good to be true, it likely is.
None of this should come as a shocker. As John Tierney writes in the Atlantic, “educational reforms need teachers' buy-in, trust, and cooperation to succeed; ‘reforms’ that kick teachers in the teeth are never going to succeed.” A massive study of Chicago’s schools, Organizing Schools for Improvement, arrives at the same conclusion—trust, inside a school and with parents as well as teachers, sets effective schools apart from the pack.


That’s also the message in Beyond the Education Wars: Evidence that Collaboration Builds Effective Schools, a new book by Century Foundation Vice President Greg Anrig. For too long, the debate over public schools has been about carrots and (mostly) sticks—get those test scores up, or else—not how best to educate kids. Adults’ power trips, not students’ needs, have dominated, with precious little attention to the crucial task—building a school system that can connect effective teachers, engaged students, and a challenging curriculum.
Beyond the Education Wars is the welcome exception to the usual bloviating about school reform because it injects research about what actually works into this conversation. If schools are going to succeed, Anrig’s examples show that teachers must break free from the traditional model of unsplendid isolation, with each teacher a Queen Victoria in her classroom. They must collaborate with one another. For that to happen, schools have to set aside time for teachers to work together and support their work. Collaboration may make it harder to calculate an individual teacher’s “value-added,” and so the test score-obsessed won’t like it, but the evidence shows that it makes for better education.
Although you’d never know it from the news accounts, school systems in all shapes and sizes—big and small, well-funded and meagerly funded, mainly black or Latino or heterogeneous, with and without mayoral control—are defying the demographic odds that suggest that many of their students will struggle. Collaboration among teachers has been one of the key explanations for their success. In communities as different from one another as Montgomery County, Md., Long Beach, Calif., and Aldine, Texas (Houston’s poor cousin, which enrolls more students than Boston or Washington), achievement scores have been on the rise while the achievement gap keeps shrinking. Unless you live in one of these places, you probably haven’t heard of their accomplishments. They operate below the radar, getting the work done instead of courting publicity.
What are they quietly doing right? My new book Improbable Scholars, is an account of how Union City, N.J., went from worst to first, and now graduates a remarkable 90 percent of its students. I looked into the strategies Union City and other districts like it are using. All of them are doing more or less the same thing—constructing a system of support for students, which reaches from preschool through high school.
Rather than succumbing to the Michelle Rhee-Michael Bloomberg siren song of quick fixes and promises of dramatic gains, successful school systems have stuck to a few time-tested, game-changing strategies. Encouraging teachers to collaborate, the strategy that Anrig plumps for, is one element of this approach. These districts are also running top-drawer pre-kindergartens and relying on a literature-and-writing-soaked curriculum. They regularly assess students’ progress—not to punish teachers but to address students’ problems and pinpoint where struggling teachers can benefit from the help of coaches and more experienced colleagues. And they conscript parents as partners in their children’s education.
In places like Union City, the school chiefs don’t deploy fear as a motivation. Instead, they have built a culture that’s based on trust—trust between students and teachers, between teachers and administrators, between the schools and the community. Walk through the classrooms and you’ll see kids who are engaged in learning—they’ve been told over and over again that they can make it. When administrators drop in on classes, unannounced, they’re not searching for bad teachers but proposing ways that the classroom can be run more effectively. Nothing new-fangled here—this is old-school stuff that will be familiar to any educator with a pulse.
As with the success stories recounted in Beyond the Education Wars, in none of these communities did improvement come overnight. But time and patience have paid off. Aesop had it right—tortoises sometimes beat hares. What’s more, unlike Atlanta or Washington, D.C., there’s no denying the accomplishments—not a single one of these school systems has been tarred by a cheating scandal. They’re the ones that deserve the kudos the attention-seeking reformers have been getting.
Posted by ed notes online at Wednesday, May 08, 2013