http://www.nationofchange.org/america-wtf-nation-1368282889
Post a Comment
Resize Text + | - | R
Plain Text
Print
SHARE
Email
I used to read the news in the morning and often find myself saying “This can’t be happening!,” which is actually how this news site got its name. But if I were just getting set to create the site these days, I’d have to call our publication “WTF!?,” which is what I find myself saying more and more often over my morning paper.
Just consider some recent news.
In late April, Cameron D’Ambrosio, a high school student and amateur rapper in the town of Methuen, outside Boston, posted a rap on his Facebook page that made a musical, non-specific reference to making a bomb bigger than the Boston Marathon bomb. He didn’t do anything, didn’t make a bomb, didn’t attempt to get the materials for a bomb, and by all accounts didn’t know how to make a bomb. He just wrote and sangabout the idea. No matter, he was arrested by Methuen’s Finest, and is now in jail on -- get this -- $1 million bail -- awaiting arraignment on state “terrorism” charges that carry a potential prison sentence of 20 years. The kid has the misfortune of being 18, so he’s being treated as an adult, though he clearly is not one.
The chief of police of Methuen, exhibiting that incredible mentality of police these days in 9-11 all-the-time America, explained the arrest of an over-the-top wannabe songwriter saying, “When we're just recovering from what occurred in Boston, to make a threat and use what occurred in Boston to enhance your threat, is extremely alarming for us."


NationofChange fights back with one simple but powerful weapon: the truth. Can you donate $5 to help us?

Really, what can you say to something like this but WTF!? Once when I was 14, I and two friends painted the side of a girl’s house orange on Halloween. I suppose that could have been terrifying, but when we got caught later, our penalty was to repaint the house, not arrest. Ditto when we threw some rocks at cars as kids and one broke a guy’s windshield as he drove by. Stupid, yes. Terror inducing for the driver, probably. And certainly worse than writing a song. But we didn’t get arrested or go to jail. We paid for a new windshield. Then there’s the sad story of a five-year-old who fatally shot his two-year-old sister with a rifle while their mother had “stepped outside” the house, leaving the two small kids alone and unsupervised. Such tales of gun accidents by children are all too common, but this one came with a bizarre twist: the five-year-old was reportedly firing his own rifle! It was a cute little “starter” .22-cal. gun called a Crickett (motto: “My first rifle”) available in blue, pink and red-white-and-blue. His doting grandma had bought for him as a birthday gift. 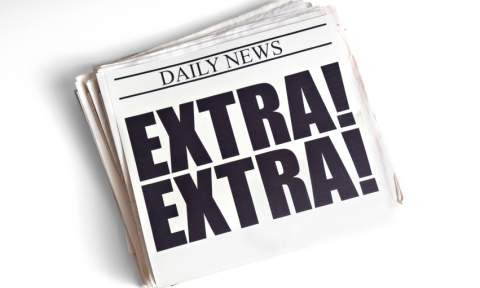