Nashville school officials have rejected a proposal to open a charter school in a middle-class part of the city, highlighting a broader national battle over efforts by operators of such publicly financed, privately run schools to expand into more affluent areas.
The Metropolitan Nashville Public Schools board voted 7-2 Tuesday night to reject an application by Great Hearts Academies, a nonprofit that operates prep-school-like charter schools, for five new establishments.
The Arizona-based group planned to open its first Tennessee school in a middle- to upper-middle class area in west Nashville, after being invited by parents who either were unhappy with local public schools or said they favored choice in education. 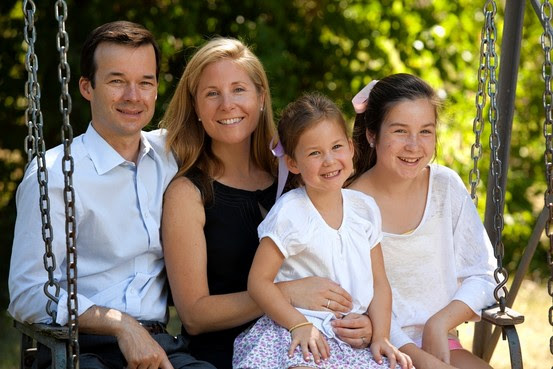 Brian McCord for The Wall Street Journal
Nashville resident Jack Harrington, shown with his wife and two of his children, helped lead an effort to bring a charter school to the city.
The board denied the application because members worried that low-income parents wouldn't be able to easily transport their children across town to a school on the west side, meaning the plan could effectively cause "segregated schools," said Olivia Brown, spokeswoman for the district.
"Rather than enhance diversity in the district, this would send us in the opposite direction," said Edward Kindall, one of the board members who voted against the plan. "I went to segregated schools and this gets us dangerously close to separate but unequal."
The school board also approved, by votes of 9-0 and 8-1, two other charter schools Tuesday, both of which will cater mainly to low-income students. Mr. Kindall backed both schools.
Dan Scoggin, chief executive of Great Hearts Academies, said the school would have been open to all students, and that his organization planned to build other schools elsewhere in the city.
"It's really sad and depressing that the school board is not ready to accept broad reforms that offer parents—all parents—a great alternative," he said. "We have a great record of success and they have deprived parents of that option."
Great Hearts Academies might appeal the case to the state board of education, he said.
Charter schools have long been seen as an alternative for low-income and minority children stuck in underperforming traditional public schools. Of the approximately 5,000 charter schools nationwide, only about 20% are in the suburbs, while 51% are in urban areas, according to the National Alliance for Public Charter Schools.
But as the charter movement expands, and more middle-class parents become disenchanted with local public schools, charter operators have pushed to open schools in middle-income and suburban communities, triggering battles in such places as New Jersey and New York similar to that seen in Nashville. The share of low-income students in charter schools dropped to 51% in the 2009-10 school year from 62% in 2004-05, according to the U.S. Department of Education.
Nina Rees, incoming CEO of the National Alliance for Public Charter Schools, said expanding into suburban and middle-class communities is "important to broaden the base, so all parents—including middle- and upper-income—can see charters are a viable option for them... It helps build support for the idea of charters."
Nashville, a diverse district that is 72% poor and 68% minority, has struggled. Only about 45% of elementary students passed state reading exams last year, and 33% passed the math test. The city has had charter schools for years, but previously only low-income children or those in low-performing schools could enroll. A recent change in state law made the schools available to middle-income families.
Jack Harrington, an investment banker living in Nashville, was part of a group of mainly middle-class parents who gathered this year to research bringing charters to their communities. He said hundreds of parents attended meetings because they were "hungry" for alternatives to the local schools.
"We are on such a disastrous path with public education that we need to pursue every opportunity for real improvement," said Mr. Harrington, who sends his children to private school.
Members of the group visited 10 charters across the country and eventually opted for Great Hearts. It has 12 schools, roughly 10% of whose students are low income and 30% are minority.
"We missed a great opportunity to bring a great charter operator to Nashville when our public education system is one of the lowest-scoring in the nation," Mr. Harrington said.
Write to Stephanie Banchero at stephanie.banchero@wsj.com
Posted by ed notes online at Wednesday, June 27, 2012