Newark: 700 teachers may be laid off, many replaced by TFA - Is it Time for Teachers to Strike?


Newark: 700 teachers may be laid off, many replaced by TFA 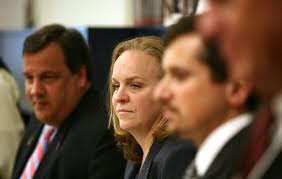 The state administration of the Newark Public Schools (NPS) is expected to lay off hundreds of experienced city teachers and replace many  with new hires, including more than 300 members of Teach for America (TFA).  The report comes from union sources but is supported both by the latest version of the state’s “One Newark” plan and by the Walton Family Foundation website. The foundation is expected to subsidize the hiring of the new teachers.

The NPS has not responded to requests for information or confirmation or denial of previous reports that Cami Anderson, the state-appointed superintendent of Newark schools, will ask outgoing state Education Commissioner Christopher Cerf to waive seniority rights of hundreds of Newark teachers. This would permit their firing without resort to the detenuring process. Members of the Newark school board, however, confirmed Anderson’s plans to “right-size” the teaching staff.
The Walton Family Foundation website posted this note:  “Due to the impact of Teach For America’s corps members and alumni in the region, the Walton Family Foundation announced that they will support the recruitment, training and support of nearly 370 Newark area teachers over the next two years. This will undoubtedly mean great things for Newark’s students, parents and communities.”
According to the union sources, Anderson will attempt to fire some 700 teachers and replace about half with new hires, including the TFA members. According to the TFA regional website, Newark schools already have hired some 200 members.  They are usually graduates of liberal art programs who sign up for two years to teach in low-income areas and then leave.
Anderson herself is both a TFA graduate and an executive with the  foundation-financed TFA, an organization that also receives federal subsidies.
The Walton family owns and operates Wal-Mart stores. Their website indicates the foundation has “invested” more than $1 billion to promote “reforms” of its own liking—including the vast expansion of charter and other privatized schools and the hiring of TFA  members over conventionally trained ublic school teachers.
The mass layoff of experienced teachers and their replacement by new and untrained college graduates is part of Anderson’s “One Newark” plan that seeks to expand charter school enrollments, close conventional neighborhood public schools, and sell off school property.”Right-sizing” staff and hiring “quality” teachers also are mentioned in the latest version of the plan.
“One Newark” echoes the goals of the Walton Family Foundation which describes its role this way:
“The Walton Family Foundation invests in districts and organizations that improve the way teachers are selected, trained and compensated; close and replace low-performing schools with high-quality autonomous schools; and address weaknesses in the governance, management and instructional performance of public charter and private schools.”
Anderson is expected to announce her plans at the next school board meeting Tuesday. To fire tenured teachers, she must gain state approval of a “waiver” of seniority rules. Cerf, a strong backer of Anderson’s actions, is expected to grant the waiver.
Newark Teachers Union president Joseph Del Grosso said he expects the dismissed teachers to be drawn from the so-called “Educators without placement,” or EWPS, hundreds of teachers who, for a variety of reasons, have been reassigned to central office but not regular classrooms. Anderson also may seek to dismiss regularly working teachers in her efforts to break both seniority and tenure in the city.
Del Grosso said he expects the union to seek an injunction to block Anderson’s plans.