Rahm Emanuel is losing control of his city

As his disapproval rating soars, he’s getting tagged with names like the “murder mayor.” Here’s how it fell apart 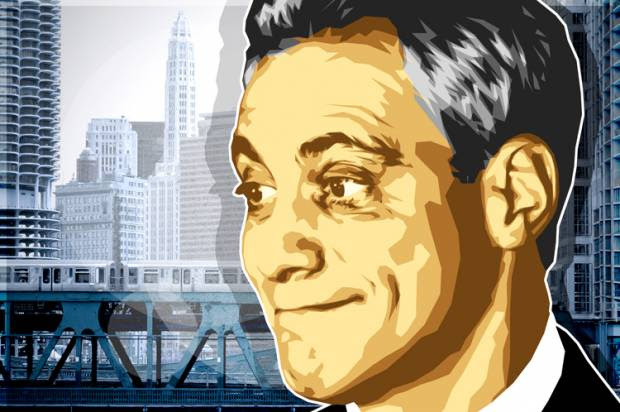 (Credit: Benjamin Wheelock/Salon/Reuters/Jeff Haynes)
Chicago Mayor Rahm Emanuel cakewalked into office, from his former position as the White House chief of staff to President Obama, to succeed the two-decade reign of Richard M. Daley. Like Daley, Emanuel faced weak opponents who grumbled at his supersize war chest, thickly padded by financiers from Hollywood to Wall Street. But unlike Daley, Emanuel promised two things Chicagoans do not hear often: pledges for more government transparency, and to make “tough choices” to fix the city’s ballooning budget deficit.
Now, midway into his inaugural term, the honeymoon is over. Emanuel faces scrutiny from groups Daley never alienated: public sector unions, liberal progressives and minority coalitions on the city’s South and West side. Since his election, Emanuel’s approval numbers started dropping, and some are charging him as racist — a “murder mayor” deaf to the marginalized swaths of Chicago suffering from escalating street violence, inadequate transit and the largest mass school closing in U.S. history. While he reigns as mayor in a city traditionally ruled by Democrats, many consider him a Republican in donkey blue clothing, who, like Wisconsin Gov. Scott Walker (R), swept into office and immediately hauled out the budget cleaver.
“Daley didn’t make enemies of labor unions, but now, the police, the fire, everybody essentially is now in opposition to Rahm and that didn’t have to happen,” says Dick Simpson, a former Chicago alderman who now teaches political science at the University of Illinois at Chicago.
To the surprise of no one familiar with his Washington reputation, many see the mayor as combative, refusing to take public input seriously, and allied so closely to his tight pool of corporate benefactors that the nickname “Mayor 1%” and Twitter hashtag #OneTermMayor have gone viral. Even some members of his party — a tribe that rarely breaks ranks — are scratching their heads in public. Most notable: Cook County board president Toni Preckwinkle, who told the Chicago Reader two weeks ago that his decision to close so many schools was “a terrible idea” and “demoralizing.”
“The closings are going to take place almost entirely within the African-American community, and given the problems we already have with violence, I think it’s very problematic,” she said.