At a Brooklyn School, the Cool Crowd Pushes the King Around 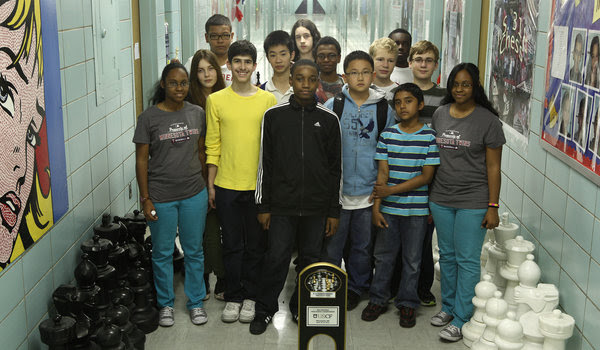 The classroom at Intermediate School 318 in Williamsburg, Brooklyn, was filled on Tuesday with the thumping and clattering of a half-dozen high-speed chess matches, played with a rambunctious energy more reminiscent of a hockey game than of Garry Kasparov and Deep Blue.