WHEN I was 14, my mother told me not to panic if a police officer stopped me. And she cautioned me to carry ID and never run away from the police or I could be shot. In the nine years since my mother gave me this advice, I have had numerous occasions to consider her wisdom. 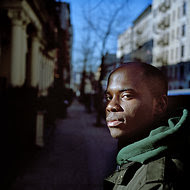 Readers shared their thoughts on this article.


Nicholas K. Peart is a student at Borough of Manhattan Community College.