ICE Platform and Philosophy from 2004

One of the best things ICE did in the midst of coming together at the end of 2003 and early 2004 when we decided to run in the UFT elections, was put together this in depth analysis, which was printed in the Jan. '04 edition of Ed Notes and also as a 6 page supplement. Not that we expected it to be read in depth by many people, but at least we were on the record as to where we stood on a number of issues. It is more than a platform, but a philosophy of the kind of progressive union we would like to see.

Under Assault recently delved into this document in comparing Randi Weingarten's speech at the UFT Spring conference, which seems lifted right from this document. See her excellent analysis in ACES sounds like ICE.

The pdf of the document is up on the ICE web site 2004 ICE election platform but here are the jpgs for a look see if you don't want to download it. Click to enlarge. 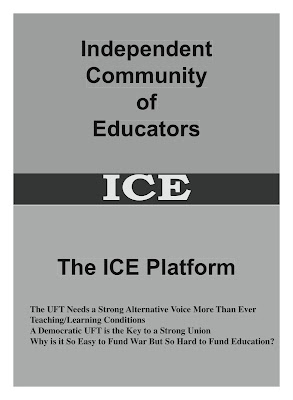 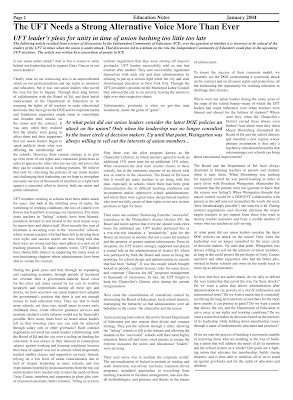 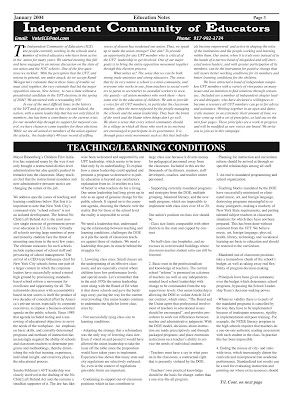 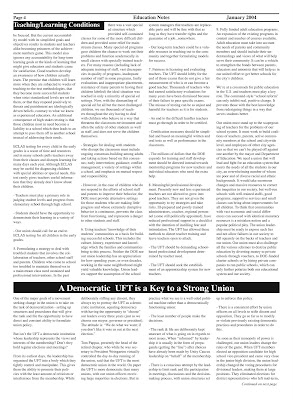 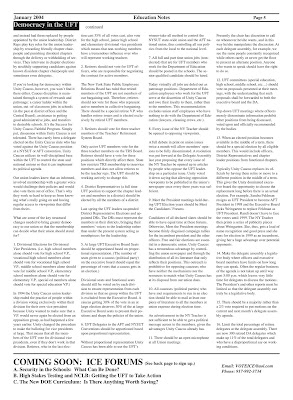 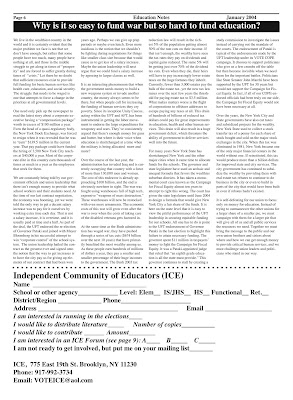 If you want to peruse the document without downloading, here are jpgs of each page.
Posted by ed notes online at Saturday, June 27, 2009